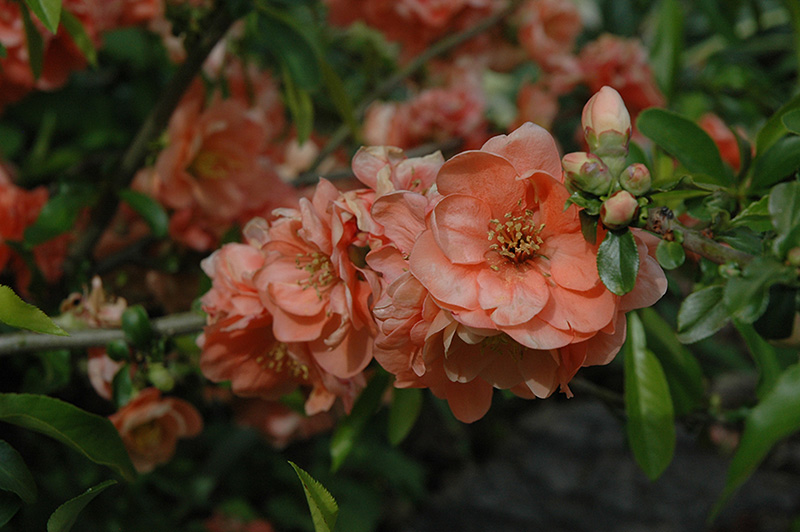 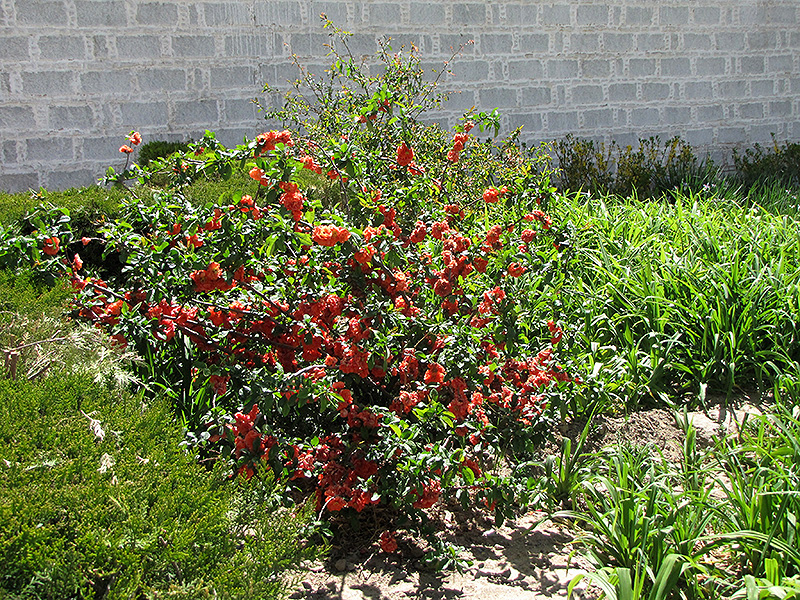 A small shrub covered in salmon pink flowers in spring, a profuse bloomer; more compact than the species, it still needs pruning to keep it looking its best; a single-season showstopper

Cameo Flowering Quince has peach cup-shaped flowers along the branches in early spring before the leaves. It has green deciduous foliage which emerges red in spring. The glossy oval leaves do not develop any appreciable fall color. The fruits are showy yellow pomes displayed in mid fall.

This plant is primarily grown as an ornamental, but it's also valued for its edible qualities. The bitter fruit is most often used in the following ways:

Cameo Flowering Quince is a dense multi-stemmed deciduous shrub with a more or less rounded form. Its average texture blends into the landscape, but can be balanced by one or two finer or coarser trees or shrubs for an effective composition.

This shrub will require occasional maintenance and upkeep, and should only be pruned after flowering to avoid removing any of the current season's flowers. Gardeners should be aware of the following characteristic(s) that may warrant special consideration;

Cameo Flowering Quince is recommended for the following landscape applications;

Cameo Flowering Quince will grow to be about 5 feet tall at maturity, with a spread of 5 feet. It tends to fill out right to the ground and therefore doesn't necessarily require facer plants in front, and is suitable for planting under power lines. It grows at a medium rate, and under ideal conditions can be expected to live for 40 years or more.

This shrub should only be grown in full sunlight. It is very adaptable to both dry and moist locations, and should do just fine under average home landscape conditions. It is not particular as to soil type or pH. It is highly tolerant of urban pollution and will even thrive in inner city environments. This is a selected variety of a species not originally from North America.