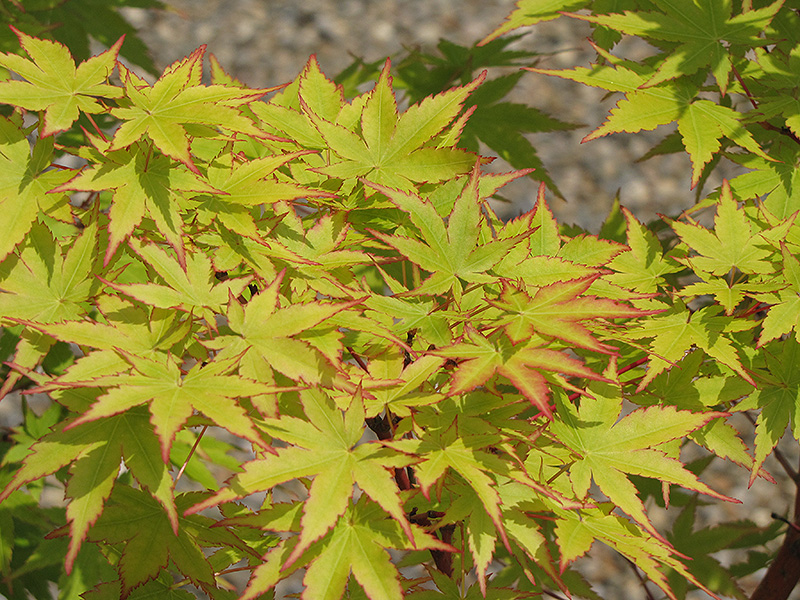 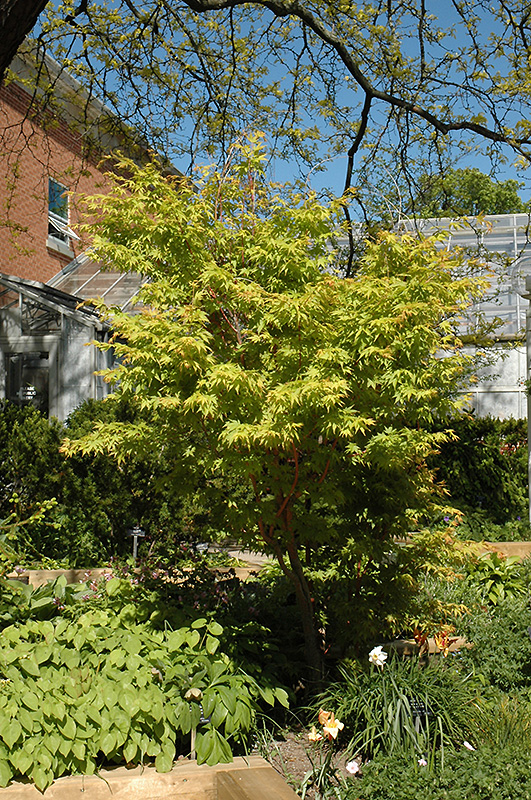 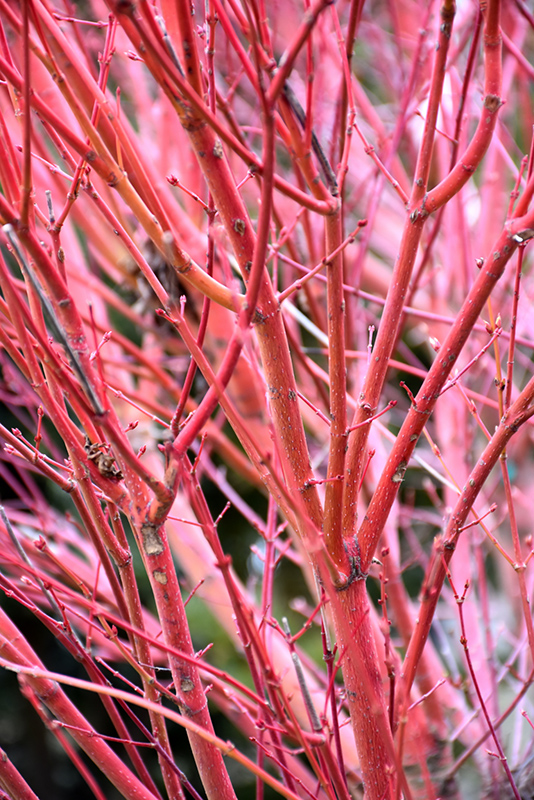 A very popular tree that grows vigorously when young to a lovely vase shape; its most outstanding feature is the lovely coral bark on the younger branches in the winter and colorful foliage throughout the rest of the year from yellow-green to gold

Coral Bark Japanese Maple is primarily valued in the landscape or garden for its ornamental globe-shaped form. It features subtle corymbs of red flowers rising above the foliage in mid spring before the leaves. It has attractive lime green deciduous foliage which emerges coral-pink in spring. The palmate leaves are highly ornamental and turn outstanding shades of gold, orange and red in the fall. The rough gray bark and coral-pink branches are extremely showy and add significant winter interest.

Coral Bark Japanese Maple is an open deciduous tree with a more or less rounded form. Its relatively fine texture sets it apart from other landscape plants with less refined foliage.

This is a high maintenance tree that will require regular care and upkeep, and should only be pruned in summer after the leaves have fully developed, as it may 'bleed' sap if pruned in late winter or early spring. It has no significant negative characteristics.

Coral Bark Japanese Maple will grow to be about 12 feet tall at maturity, with a spread of 8 feet. It has a low canopy with a typical clearance of 3 feet from the ground, and is suitable for planting under power lines. It grows at a medium rate, and under ideal conditions can be expected to live for 80 years or more.