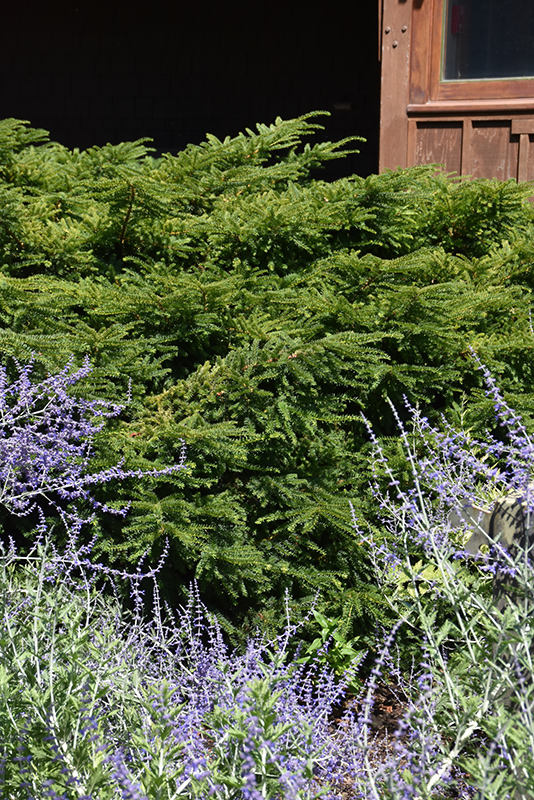 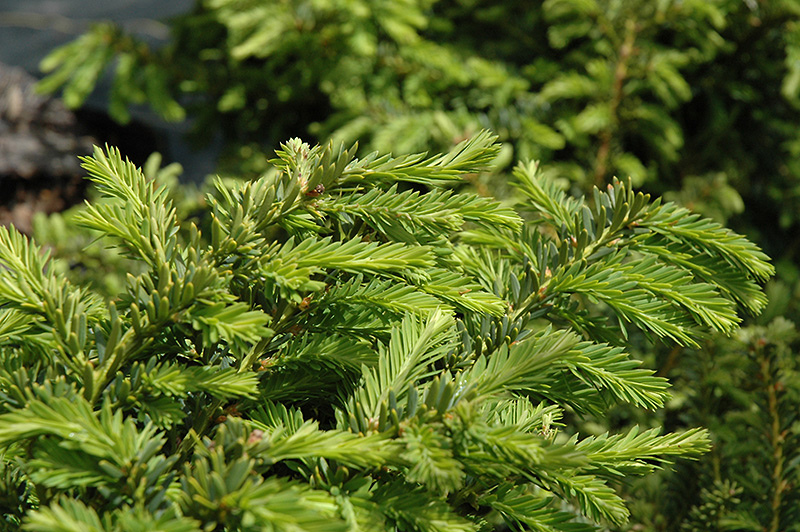 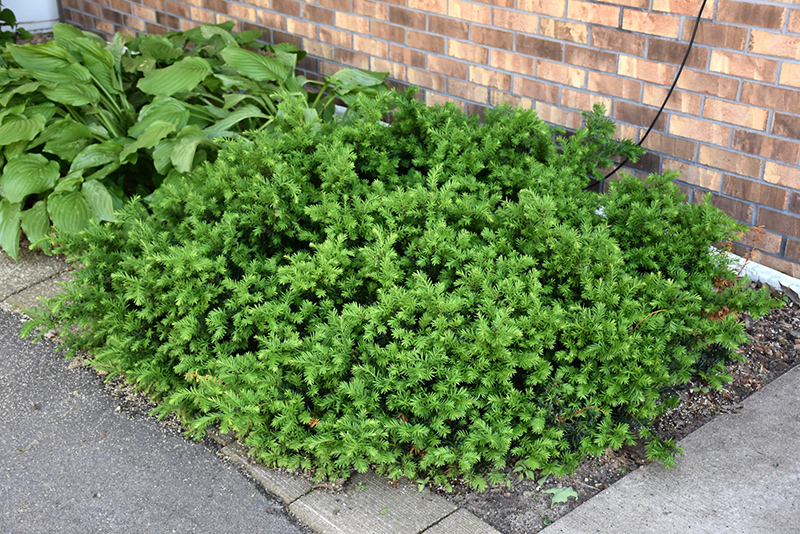 Emerald Spreader Yew is a dwarf conifer which is primarily valued in the garden for its broadly spreading habit of growth. It has dark green evergreen foliage which emerges light green in spring. The ferny sprays of foliage remain dark green throughout the winter. The fruits are showy red drupes displayed from early to late fall.

Emerald Spreader Yew is a dense multi-stemmed evergreen shrub with a ground-hugging habit of growth. Its relatively fine texture sets it apart from other landscape plants with less refined foliage.

This is a relatively low maintenance shrub, and can be pruned at anytime. It has no significant negative characteristics.

Emerald Spreader Yew is recommended for the following landscape applications;

Emerald Spreader Yew will grow to be about 3 feet tall at maturity, with a spread of 8 feet. It tends to fill out right to the ground and therefore doesn't necessarily require facer plants in front. It grows at a slow rate, and under ideal conditions can be expected to live for 50 years or more.

This shrub performs well in both full sun and full shade. It does best in average to evenly moist conditions, but will not tolerate standing water. It is not particular as to soil type or pH. It is highly tolerant of urban pollution and will even thrive in inner city environments. Consider applying a thick mulch around the root zone in winter to protect it in exposed locations or colder microclimates. This is a selected variety of a species not originally from North America, and parts of it are known to be toxic to humans and animals, so care should be exercised in planting it around children and pets.